Of particular interest is the Chemistry of aliphatic nitro compound that, thanks to their highly chemical versatility, can be easily employed for eco-friendly procedures for new generations of C,C single and double bond, for the cleavage of C,C bond, as key building blocks in the synthesis of important “fine chemical”, natural products featuring enhanced biologically activity, pharmaceuticals, high density energetic materials, etc. Other special fields of extensive interest also concern: (i) Studies of new heterogeneous catalysis, and new use of solid catalysis, applied to fine chemicals and pharmaceuticals production; (ii) Exploitation of Solvent-free processes; (iii) One-pot processes for the synthesis of “fine chemical”; (iv) Use of alternative, eco-friendly solvents in organic synthesis; The scientific activities have been evidenced by: 1) more than 250 Publications (with an “H-FACTOR” = 42) on the main scientific Journals; 2) more than 20 Reviews, several of these are on the field of the Green Chemistry (heterogeneous catalyst, one-pot processes, usage of eco-friendly solvents, solvent-free processes); 3) Editor of the Green Chemistry Book: “Eco-Friendly Processes and Procedures for the Synthesis of Fine Chemicals”(of Green Chemistry Series) by Royal Chemical Society, Cambridge 2009; 4) Author of 4 Book chapter on the field of “Green Chemistry for Environmental Sustainability”. 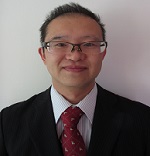 Takashiro AKITSU, PhD is a full Professor for the Department of Chemistry, Faculty of Science Division II at Tokyo University of Science. He completed his under graduate school training (chemistry) from Osaka University, Japan and his graduate school training (physical & inorganic chemistry, especially coordination, crystal and bioinorganic chemistry) from Osaka University (Ph.D. 2000). After Keio University and Stanford university, He moved to the current affiliation since 2008. Dr. Akitsu has published up to about 180 articles in peer-reviewed journals and has had posters presented at international level. He has been a peer reviewer of many journals and acted an organizing committee of several international conferences. Ana M. Martins got her PhD and Habilitation in Chemistry at Instituto Superior Tecnico, Universidade de Lisboa, Portugal, where she heads a research group in Organometallic Chemistry and Homogeneous Catalysis since 1993. Her research aims primarily at the understanding of structure/reactivity patterns with emphasis on atom-economy catalytic processes. She published more than 80 publications in high impact International Chemistry Journals. She participated in several University Management actions and is a delegate of the Directive Board of EUCHEMS - Division of Inorganic Chemistry.

Her research interests aims primarily at the understanding of structure/reactivity patterns with emphasis on atom-economy catalytic processes.