Meet Inspiring Speakers and Experts at our 3000+ Global Events with over 1000+ Conferences, 1000+ Symposiums and 1000+ Workshops on Medical, Pharma, Engineering, Science, Technology and Business.

Unique Opportunity! Online visibility to the Speakers and Experts

12th World Congress on Chemistry dedicated to co-ordinate the vibrant events of multifarious scholars to be presented in the conference program which will be held on October 10-11, 2022 at Berlin, Germany. This event offers a unique value to scientific experts, students, academics and industrial researcher’s practical application and peer to peer networking and collaboration.

It aims to bring together leading academic scientists, scholars and researchers to share and share their research and research findings across all aspects of  Chemistry. It also provides   transformative professional development experience with a wide range of research teams, experts and educators to present and discuss current innovations, trends, concerns and current challenges and solutions in the field of  Chemistry.

Chemistry has wide scope in the world has a vast growing Drug industry and Therapeutics. Increasing number of drugs and Pharma companies all over the world is the clear indication of growing scope in this area. Chemistry Meet 2022 is unique in its approach of encouraging a dialogue between Speakers and Delegates through its well-planned agenda with its series of talk, Poster Presentations, Panel discussions  and networking events that will keep Participants engaged in learning.

Track 1: Advanced Chemsitry
This session of Applied and Advanced Chemistry is concerned with doing basic researches on a variety of chemical fields like metal compounds, inorganic and organic compounds, polymers, proteins. The main motto of this field of chemistry is to make the application of these researches in various fields and contribute to the development.

Track 2: Modern Approach towards Pharmaceutical Chemistry
In this session of Pharmaceutical Chemistry, the detailed explorations will be concerned with the study of drugs, drug delivery, absorption, metabolism and drug development. Today, Pharmaceutics with chemistry is used globally as an effective measure for curing or being a remedy for many diseases, improving quality assurance and advancing analytical techniques in pharmacology and metabolism as well.

Track 3: Technical Aspects of Analytical Chemistry
This session of Analytical chemistry deals with the science of obtaining, processing, and communicating information about the composition and structure of matter. With the advancement of demands in certain parameters like Accuracy, precision, accurate control on the chemical composition of materials has made the researches in analytical chemistry more prevalent in the present day.

Track 4 : Opportunities and Challenges in Drug Design
This session of  Drug Design is designed to showcase the troubleshoots coming in the way of this noble approach towards the Drug design, and the advanced and actual directional methods which can be applied on a multidisciplinary and trans disciplinary aspect to enhance the further opportunities in this field.

Track 5: Network Driven Drug Design
This session of Network-Driven drug discovery is designed to visualize and understand the bigger picture of cells and disease mechanisms which would ultimately lead to an efficient way of creating better drugs. As a whole, it is basically an optimized and improvised version of this target driven drug discovery and can be considered as-A computational network biology approach to drug discovery.

Track 6: Photo catalysis in 3D Printing
3D printing technology has enhanced a strong tool to bring out 3D structures in any kind of substances. The photo catalytic research revealed that TiO2-activated 3D structures utilizing nanoparticles of SiO2 in the activity generate more than 50% of turning of methylene blue in just 1 hour of irradiation and nearly 90% in 5 hrs.

Track 7 : Nanophotonics Use in Aeronautics
Nanomaterials have been used with victory in aircraft building as filler materials, to strengthen the resources of structural and non-structural polymers. The most frequently used nanocomposites adding carbon nanotubes, nanoclays, nanofibres, and graphene. It is the research of the actions of light on the nanometer scale, and of the exchange of nanometer-scale objects with light. It is a part of optical engineering, electrical engineering, and nanotechnology. It frequently assumes dielectric structures such as Nano antennas, or metallic components, which can deliver and centre light via surface plasmon polaritons.

Track  8: Electrochemistry
It is the branch of physical chemistry disturbed with the connection between electrical potential, as a quantifiable and quantitative phenomenon, and recognizable chemical change, with besides electrical potential as an result of a particular chemical change, or vice versa. The responses including electrons moving between electrodes via an electronically-conducting phase typically, but not necessarily, an external electrical circuit such as in  separated by an ionically-conducting and electronically insulating electrolyte.

Track 10: Plasma Chemistry
Plasma chemistry is the branch of chemistry that studies chemical processes in low-temperature plasma, including the laws that govern reactions in plasma and the fundamentals of plasma chemical technology. Plasma is artificially produced in plasma at temperatures that range from 103 to 2 × 104 K and pressures that range from 10 to 104 atmospheres. Interaction between the reagents in plasma results in the formation of final, or terminal, products; these products can be removed from the plasma by rapid cooling, or quenching. The basic feature of all plasma chemical processes is that reactive particles are generated in significantly higher concentrations than under ordinary conditions of chemical reactions. The reactive particles that are produced in plasma are capable of effecting new types of chemical reactions; the particles include excited molecules, electrons, atoms, atomic and molecular ions, and free radicals. Indeed, some of these particles can only exist in the plasma state

Track 12: Green and Environmental Chemistry
Environmental chemistry studies about the effects of polluting chemicals on nature while Green chemistry involves processing and development of chemical products to decrease the use of dangerous chemical substances, prevents pollution at molecular level and Applies creative scientific solutions to real-world environmental problems.

Track 13: Catalysis and Bio catalysis
Catalysis is the process of modifying the rate of a chemical reaction usually hastening by adding a catalyst which is not consumed during the reaction. Simply catalysis is the way towards expanding the rate of a synthetic response by including energy which is not expended in the catalyzed response and can keep on acting over and again and improves the response. It works by opening up a route between primary reactant material and final product with a lower activation limit than the un-catalyzed process.

Bio catalysis is the chemical process in which the biological components like enzymes, components of cells that still reside in living component are used as catalyst. Mostly biocatalysts is used in pharmaceutical industry to make molecular drugs.

Track 14: Chemical engineering, Modern Drug Discovery & Development
Drug design also referred to as integrated developing which predicts an era of tailored drug .The drug is a small organic molecule that activates or inhibits the function of a bio molecule such as a protein which results in a therapeutic benefit to the patient. Thus Drug design involves either total restructure of lead or development of already available lead.

Track 15: Stereochemistry of Organic compounds
Stereochemistry is a branch of chemistry which deals with atoms relative spatial arrangement which forms the structure and manipulation of molecules. Chemists work out the relationships between the molecules that are made up from the same atoms.it mainly focus on stereoisomers in which the molecular formula bonded atoms sequence are same but differ in three-dimensional orientation of atoms in space. Thus stereochemistry also referred as 3D chemistry


Track 20: Chemistry of nuclear fuel cycle, radiochemical problems in nuclear waste management
Nuclear waste, which includes radioactive waste from nuclear power plants, nuclear weapons, and medical isotope manufacture, is one of the most difficult types of waste to manage in contemporary civilization. Because of its high radioactivity, it must be safely segregated from humans and the environment until it no longer poses a threat, which might take a million years or more. From designing engineered facilities to isolate waste from future civilizations to inventing new materials to immobilize weapons-grade and surplus civil plutonium, this review will demonstrate that nuclear waste management is a world of materials science and engineering challenges that must withstand the test of time. Nuclear waste management is extremely challenging due to the ever-changing nature of nuclear waste, which undergoes chemical and physical changes as a result of radioactive decay processes.

chemo metrics
chemo metrics is a chemical discipline that employs mathematical, statistical, and other methods based on formal logic to design or select optimal measurement procedures and experiments, as well as to provide the most relevant chemical information by analyzing chemical data.

Welcome to the 12thWorld Congress on Chemistry  at Berlin which will be held on October 10-11, 2022. This Chemistry Meet-2022 is basing on the theme “Advanced Perspective in Chemistry and Research Excellence Framework” which extensively covers all aspects on scientific and technical advances in the field of Chemistry. Germany is a highly developed marketing economy, based on its trades exceed its peers in terms of GDP per capita. Between 1965 and 1995, growth rates averaged around 6 per cent per annum, make a mark change in the form of the living standards of the population.
As the demand for chemicals, from basic Petrochemicals industries, are increasing rapidly in recent years as Europe  economies continue to develop at different paces.
The Institute of Chemical and Engineering Sciences (ICES) which is Located on Jurong Island, doing world class research programs in developing new processes and applications for the chemical industry.

To Collaborate Scientific Professionals around the World

Abstracts will be provided with Digital Object Identifier by

Universal acclaim based on
8960 Ratings 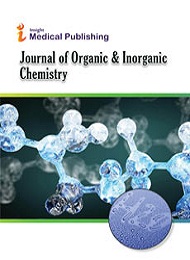